So, here it is.
This is a rather sophisticated cake but Frank does love it too (and he is most emphatically NOT sophisticated in his tastes!).
I made it last summer for Andrew's birthday and told my Dad I'd give him ten pounds if he could guess the mystery ingredient.
He didn't.

You will need:
250g good-quality dark chocolate
3 medium eggs
200g light muscovado sugar (the original recipe says 250g, I ALWAYS cut recipes down even for non-diabetics as it's nice to taste something other than just sugar. You can do what suits you and your hungry hoards.)
1 vanilla pod, cut in half lengthways and seeds scraped out
2 tablespoons maple syrup
2 tablespoons agave nectar (recipe said honey, I substituted)
40g self-raising flour
40g plain flour
1/4 teaspoon bicarbonate of soda
1/4 teaspoon salt
25g cocoa powder
50g ground almonds
250g raw beetroot (not the stuff cooked and in vinegar!), peeled and finely grated
30ml sunflower oil
100ml strong black coffee (I omitted this entirely as it's for kids, although one could argue that the chocolate is a stimulant and so what's a little espresso? It just felt like a step too far. Add it if you want to).
Preheat the oven to 160 C.
Using a tiny bit of sunflower oil, grease the surface of a 20cm round, loose-bottomed tin. Set aside 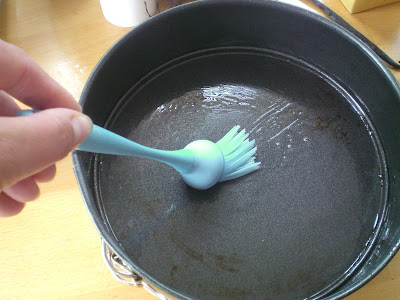 Melt the chocolate in a bowl over a pan of boiling water. Set aside to cool. 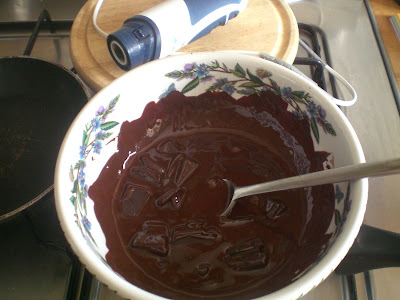 In a large mixing bowl beat the eggs with the sugar, the scraped-out vanilla seeds, the maple syrup and the agave nectar for around three minutes until light and fluffy. 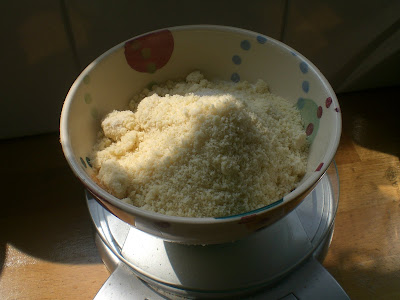 Peel then grate the beetroot taking time to enjoy your grisly hands... 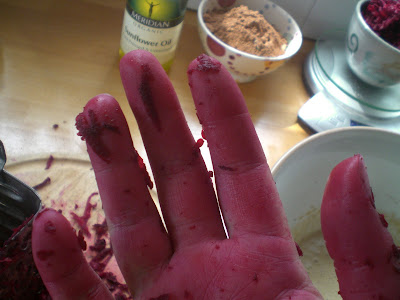 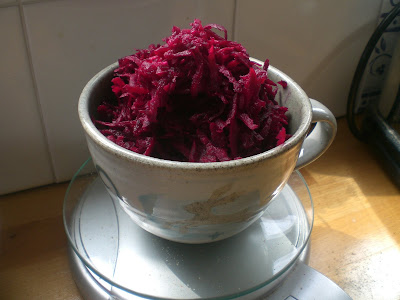 Gently pat the beetroot dry with kitchen paper and them stir it into the cake batter along with the cooled chocolate, coffee (if using) and oil. 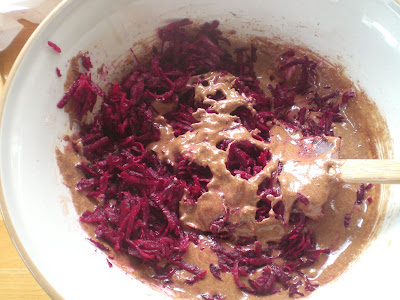 Pour into the prepared tin and cook in the middle of the oven for 1 hour 30 minutes.
After this time cover the top of the cake with foil and continue baking for another 30 minutes.
Test the cake with a skewer, which should come out fairly clean although it is a very moist cake so it might look a little messy.
Leave to cool on a wire rack.

I top this with mascarpone sweetened with a little maple syrup and topped with masses of strawberries, blueberries and raspberries.
It would be great with a fudgy topping too.
And as a last thought I really don't think cheap white icing would work that well even though I know loads of my readers have lots of it lying around!
Enjoy!
I will post a picture of it in all its glory on Frank's birthday next week. It sits awaiting its destiny in the freezer at the moment...
Posted by Jules at 12:40